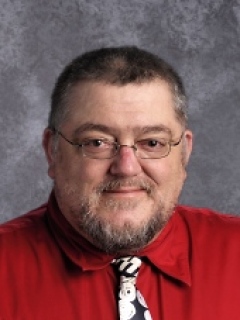 Mr. BJ Schuller, Sibley-Ocheyedan High School, in Sibley, has been selected by the National Federation of State High School Associations to receive the National Federation State Speech, Debate, and Theatre Award for the
nation. There are only 12 recipients of the State award in the United States this year. Mr. Schuller was selected as a State recipient from recommendations made this fall from the Iowa High School Speech Association.

Mr. Schuller has been involved with IHSSA activities for over 25 years. He has managed district LG and IE contests and state IE contests and has been involved with many aspects of the IHSSA such as being a State Officer, Judge Certification committee member, Coaches Convention Committee, AD HOV committees presenter at the IHSSA convention several times. He has also hosted Judge Certification at Sibley-Ocheyedan High School and
continues to be a leader in the NW District of the Iowa High School Speech Association.

Mr. Schuller has been an exceptional leader in the Sibley-Ocheyedan school system and works as a mentor to young teachers in his role as supervising teacher. He is a positive leader, one who is always willing to take the time to work with any coach and give a helping hand. He has made a huge difference in the entire educational program of Sibley-Ocheyedan schools.

The National Federation Interscholastic Speech, Theatre and Debate Educator Award was first given in 1988 when seven individuals received sectional awards. Since that time, 216 sectional and 347 state awards have been presented. Nominations for this award are solicited from all fifty states. Awards for state and section are not automatically given.

Special congratulations to BJ for being selected for the award this year. It is with a great deal of pleasure that the IHSSA welcomes BJ Schuller into this prestigious group.