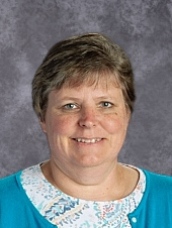 Some may wonder if it takes any prior schooling work as a school secretary. S-O’s Twila Heemstra she says that she never went to college after high school. Heemstra – merely known as “Twila” to anyone and everyone – has held the position for 9 years, originally filling the vacancy left by Jan Juffer following her retirement in 2010. Twila states that her favorite part of the job is the interaction with the students, and says that it would be way too quiet without them here. Twila originally worked as a para for about four years before moving into this full-time position.

What is an average day like for Twila? Here is what she said. “I like to come in early before staff and students come in order to get things done when it is quiet.  By 7:15 the phone is usually ringing from parents calling in their students. I try and look at all the emails and respond to them before it gets busy in the office.  When students start coming, the phone is ringing and I have several more emails from parents about appointments or illness so passes need to be made. When the doors are locked, I need to open them for people (including students) to come in. When students come in late, electronic passes are made for them to go to class.  During the day, I give out Tylenol and bandaids, help with minor cuts or just chapped lips. I then work on the announcements to send out to parents, students and staff, trying to get them out twice a week. Help staff with copier problems, call students to the office between classes, call people to sub for teachers who need to be gone, write down any money that comes into the office, finalize attendance at the end of the day, and sort the mail. Right now I am working on State Reporting, and many more things.”

Twila has a very busy day filled with many phone calls and emails throughout the day. She receives roughly 75 to 100 emails daily, and she tries to answer all of them as soon as she can, and keep up with them before the day gets too crazy. Along with the many emails she also gets 50 to 75 phone calls a day. These phone calls and emails consist of mostly parents  speaking about their children being ill or needing passes out of school for appointments.

Something you may not know about what it is like to be in the position of Twila, she does work over the Christmas break and has only about a month off in the summer. She also often brings cookies for the whole school, something she does not have to. She enjoys helping the students and staff and takes tremendous pride in her job.