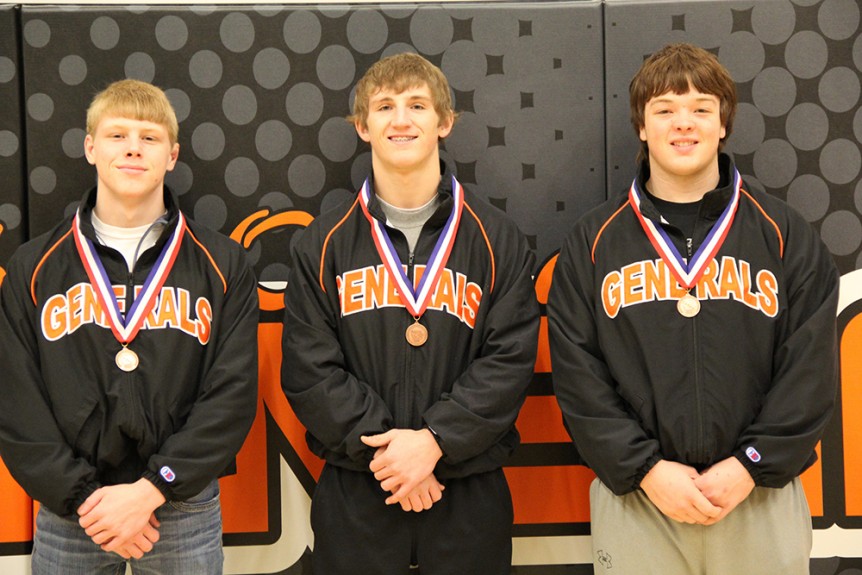 The Generals Wrestling Team sent seven wresters to the State Meet February 17-21. Dylan Schuck, Garrett Sayler, and Matt Naig placed individually. After day one, five Generals remained in the championship bracket. Matt Naig was the only S-O wrestler to win his quarterfinal match. This win automatically placed Naig as a top six finisher. Naig lost his semifinal match and the two following consolation matches to finish in sixth place. Trent Kruger and Houston coleman fell in the consolation bracket and were eliminated from competition. Dylan Schuck and Garrett Sayler won there first consolation match, but then lost both of there placement round matches to finish in eighth place. On day one, Hunter Dejong and Kyle Green lost their first two matches and were eliminated from competition.

Several S-O records were broken at the state meet. Dylan Schuck and Garrett Sayler recorded three pins between the both of them. These pins put this years team over the season pin record of 220. The new record is 222. Dylan Schuck finished the season with a 51-3 record. This put him over S-O’s individual win record of 49. The record was previously set by Brian Block.