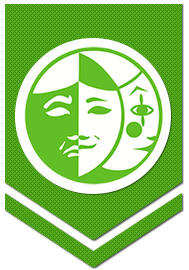 The Sibley – Ocheyedan Speech Department has started practicing for their large group season; this is the first of two seasons (with the second being individual events). Although contests do not begin actual competitions until late January of 2020, the members of speech are already working hard to prepare for the upcoming district contest That contest will be held on January 25, 2020. The specific location of that contest has not yet been determined by the speech association.

The Sibley – Ocheyedan Speech Department has performed at least once every year at the All-State Festival since 2001. If S – O can make it to the festival again this year, it will mark our nineteenth consecutive year of attending the prestigious festival. There are two separate festivals for all-state; the first being for a large group and the second being for individual events late in March. Last season S – O had two individual performers make it to All-State; sophomore Andrea Leusink who performed storytelling and senior Tanner Dykstra who performed a reviewing. Although Dykstra has graduated, Leusink has joined two groups for this large group season (readers theater and group improv).

In a related matter, Sibley – Ocheyedan will be hosting a district contest for individual speech performers on February 29, 2020. Judges from around the area will be brought in to judge specific events. Parents and students not in speech will be needed to help run concessions and timers, and other various duties throughout the day. More details concerning the help that will be needed will come in future articles.