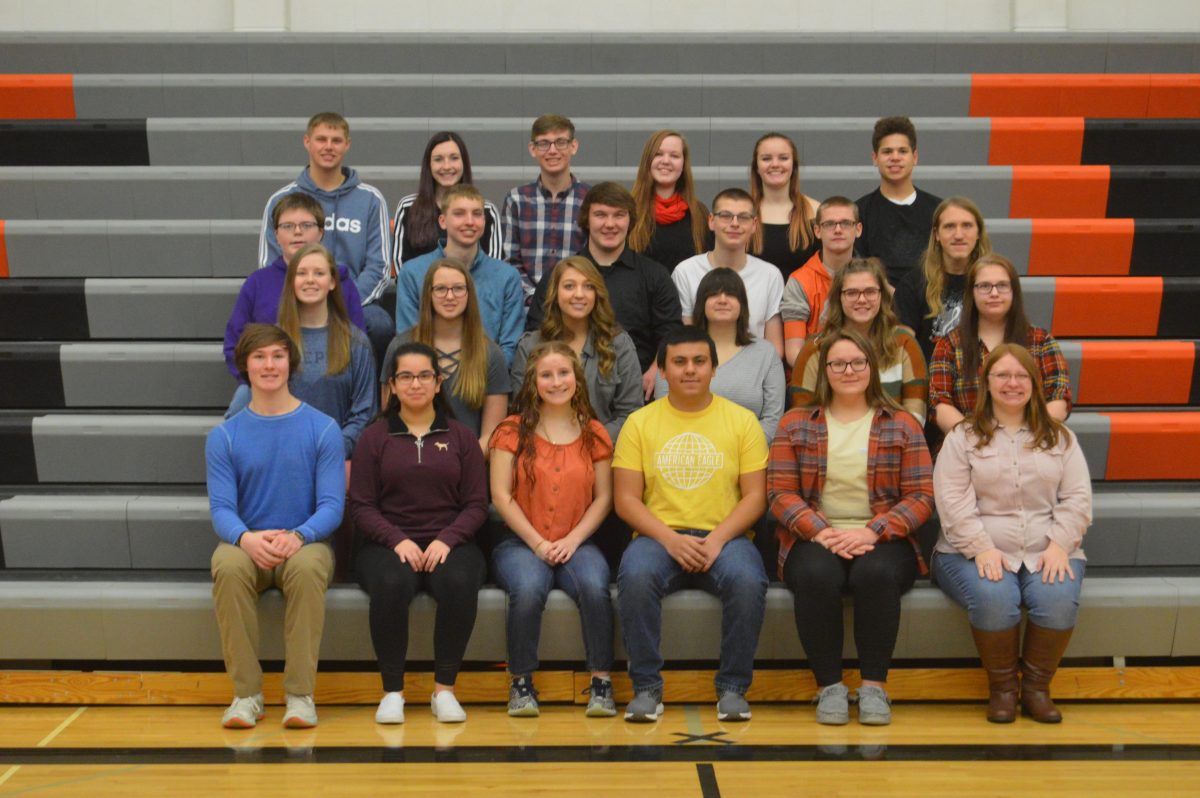 Saturday, January 25, 2020, the Sibley – Ocheyedan Large Group Speech Team traveled to Spencer, Iowa, to compete in their district competition. Of the ten teams who performed, two groups (reader’s theater and ensemble acting) received a 1 rating from their respective judges. This rating qualifies the  group to go on to the state finals speech competition that will be held on Saturday, February 8, 2020. That competition will be held at Le Mars High School in Le Mars.

Out of the eleven student performers who advanced to state, four of the performers are freshmen. With many of the others being veterans who have competed in speech competitions during previous seasons. The freshman who advanced to the state contest are Riley Boer, Jaydee Bremer, Morgan Huls, and Jillian Van Diepen. Four sophomores also advanced to state; the sophomores representing the Sibley – Ocheyedan Speech Team are Morgan Gleason, Demitri Lobo, Nick Rueter, and Tori Van De Hoef. The last three members who made state are all juniors and veterans of the speech team. They are Tyra Jansma, Andrea Leusink, and Tavian Plotz.

In the state competition, team members will perform before a three-judge panel each giving his or her own rating. The final rating for the respective group is a combination of these three ratings. At the end of the day, each judge has the chance to nominate their favorite performances from throughout the day for the large group all-state festival which is held at Iowa State University in Ames, Iowa, this year. If a group from Sibley – Ocheyedan is nominated for all-state, the group will then travel to Ames and perform their act. This all-state performance is different because it is not a contest; there are no judges or ratings and the performance is merely done to showcase the best performers in Iowa.

In related speech happenings, Sibley – Ocheyedan is hosting the individual district contest for speech this season on Saturday, February 29, 2020. Schools from Northwest Iowa will travel to S – O to compete and, hopefully, move on to the individual events state competition. The S – O Speech Team will need many volunteers from the community in order to make the competition run smoothly. Students can help out in the competition for community service hours or for speech and drama points. More information will be released in a coming article with specific areas in which help is needed.

Coaches – Ms. Rachel Keber and Mr. B.J. Schuller – wish to congratulate all speech participants for their efforts and for sharing their talents with northwest Iowa throughout the day.